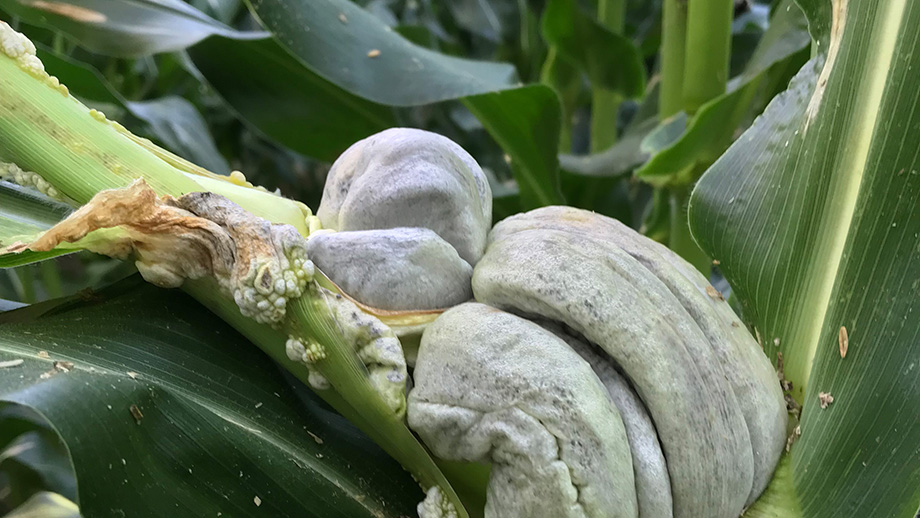 Plant researchers at the University of Zurich have developed transgenic corn and barley lines with improved resistance against several fungal diseases thanks to the wheat resistance gene Lr34. Following successful tests in the greenhouse, the researchers are now planning to carry out field trials at the Agroscope site in Zurich-Reckenholz.

The group of Beat Keller, professor at the Department of Plant and Microbial Biology at the University of Zurich (UZH), has been researching the immune system of wheat varieties – with which the plant fends off pests and disease – for many years. Their goal is to better understand the complex interactions between plants and pathogens. At the same time, the more resilient lines can be used in plant breeding to help prevent large-scale loss of crop as a result of fungal diseases.

The Lr34 resistance gene has been extensively used for over a century in wheat breeding and cultivation. And yet, fungal pathogens have still not adapted to this resistance – in other words, Lr34 is as effective as ever. “The main goal of the field trials is to improve our understanding of the function and effectiveness of Lr34,” says Teresa Koller, post-doctoral scientist in the Group of Beat Keller. The field trials are planned from spring 2019 to autumn 2023.