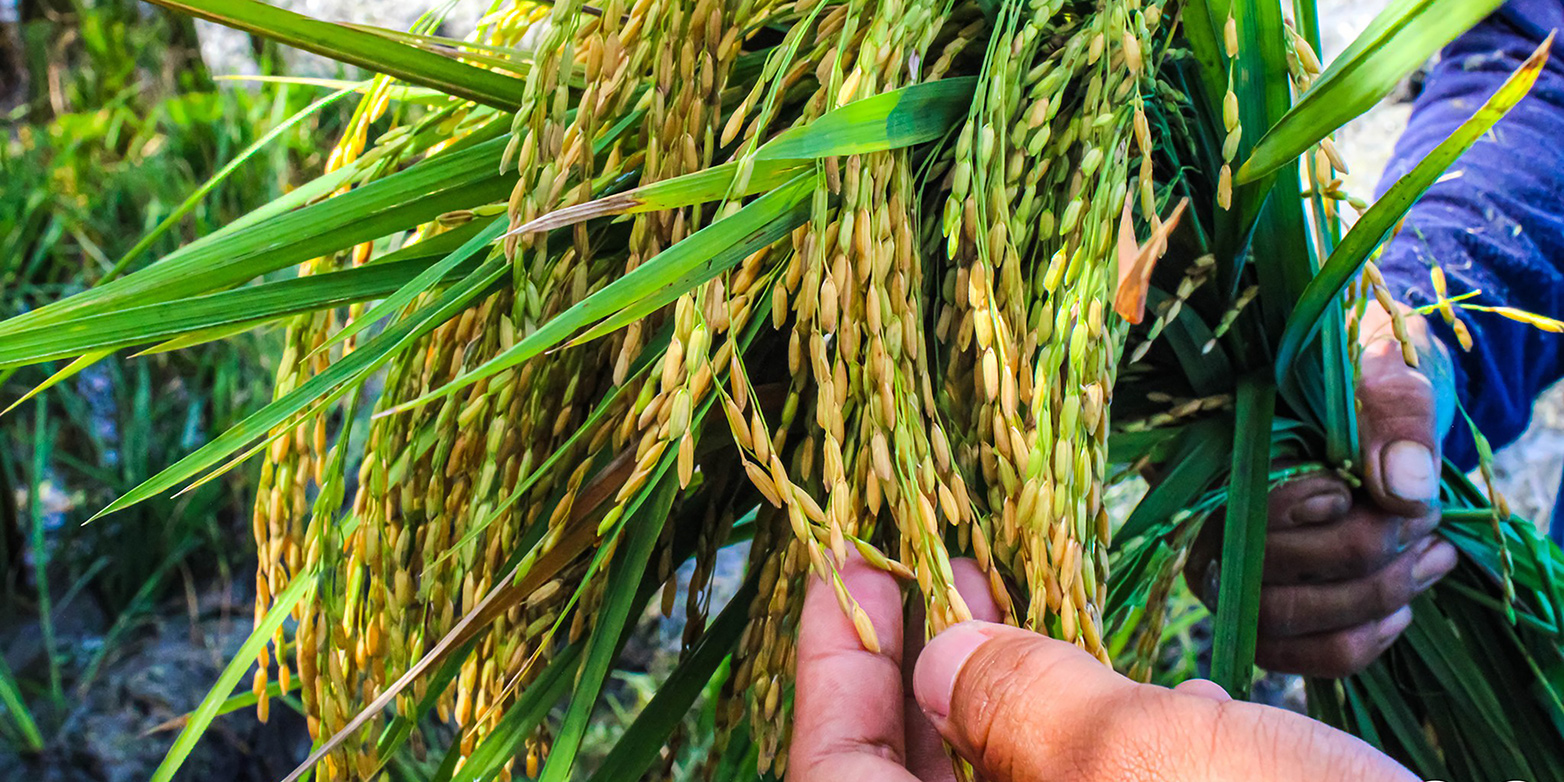 On the Philippine island of Antique, several dozen tonnes of Golden Rice were harvested for the first time this autumn. (Photograph: Antique Provincial Information Office)

For the first time, farmers in the Philippines have cultivated Golden Rice on a larger scale and harvested almost 70 tonnes of grains this October.This nearly never-​ending story began at ETH Zurich.

This autumn will probably go down in agrarian history. In October, farmers in the Philippine Province of Antique harvested a substantial amount of beta-​carotene-enriched Golden Rice for the first time – namely a total of 67 tonnes from 17 fields.

The dried and polished grains are going to be distributed to households with pregnant women, breastfeeding mothers or preschool children who are at risk of diseases caused by vitamin A deficiency.

ETH Professor Emeritus Ingo Potrykus, the father and inventor of Golden Rice, sees its cultivation in the Philippines as a breakthrough: “Finally, the step towards practical utilisation has been taken. After decades during which genetic engineering has been used exclusively for commercial agriculture, the first instance of a humanitarian project using it to solve a major health issue is now becoming a reality.”