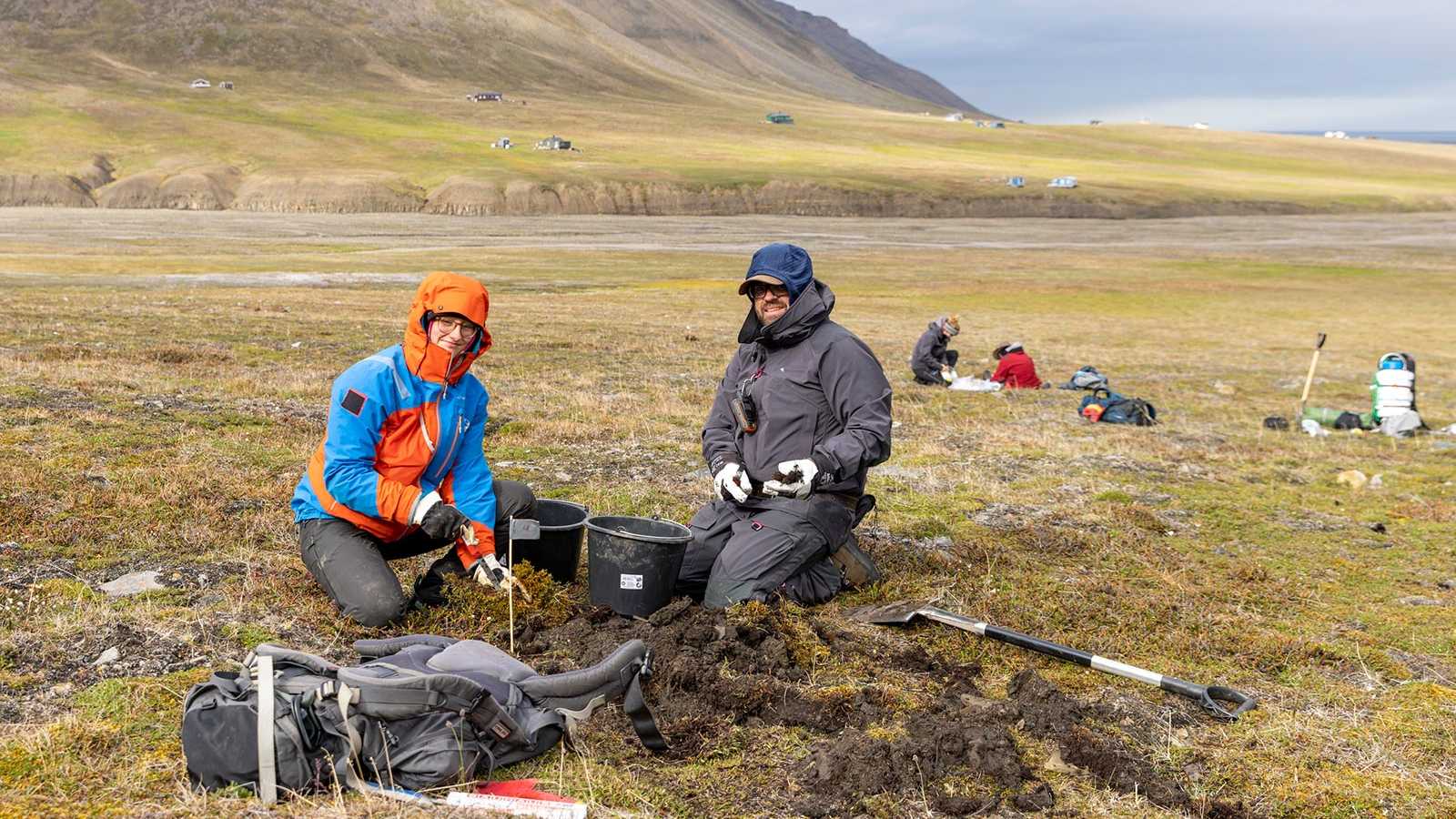 A research team from ETH Zurich and WSL travelled to Spitsbergen this summer to take a closer look at the phenomenon of Arctic greening. Project manager Sebastian Dötterl discusses research in the face of polar bears, strikes and war.

Longyearbyen, the capital of Spitsbergen, is the starting point for the research team of plant ecologists, soil scientists, geoecologists and microbiologists to investigate the local patterns and mechanisms of Arctic greening in the coming years as part of an ETH+ project. In addition to Dötterl’s group, the project involves researchers led by Jake Alexander, Alex Widmer, Cara Magnabosco (all at ETH Zurich) and Aline Frossard at WSL.

The impetus for this research project came from the fact that global warming is rapidly changing ecosystems. And these changes are proceeding at an even faster pace in the Arctic than elsewhere in the world. For one thing, the ETH and WSL researchers are focusing on native and introduced plants and how they are reacting to warming. The scientists are also studying how soil development is accelerating and biogeochemical cycles are changing.

With the exception of one location – the authorities closed a settlement because of a stray polar bear – they were able to access all study areas as requested and collect samples: a total of 1.2 tonnes of soil material. Some of this the researchers shipped frozen to Zurich, where the material will be analysed in the laboratory next winter. In addition, they collected hundreds of plant samples and seed material as well as hundreds of microbiological samples.The intensive first field season will now be followed by a lot of laboratory work and another fieldwork mission next summer in northern Norway.