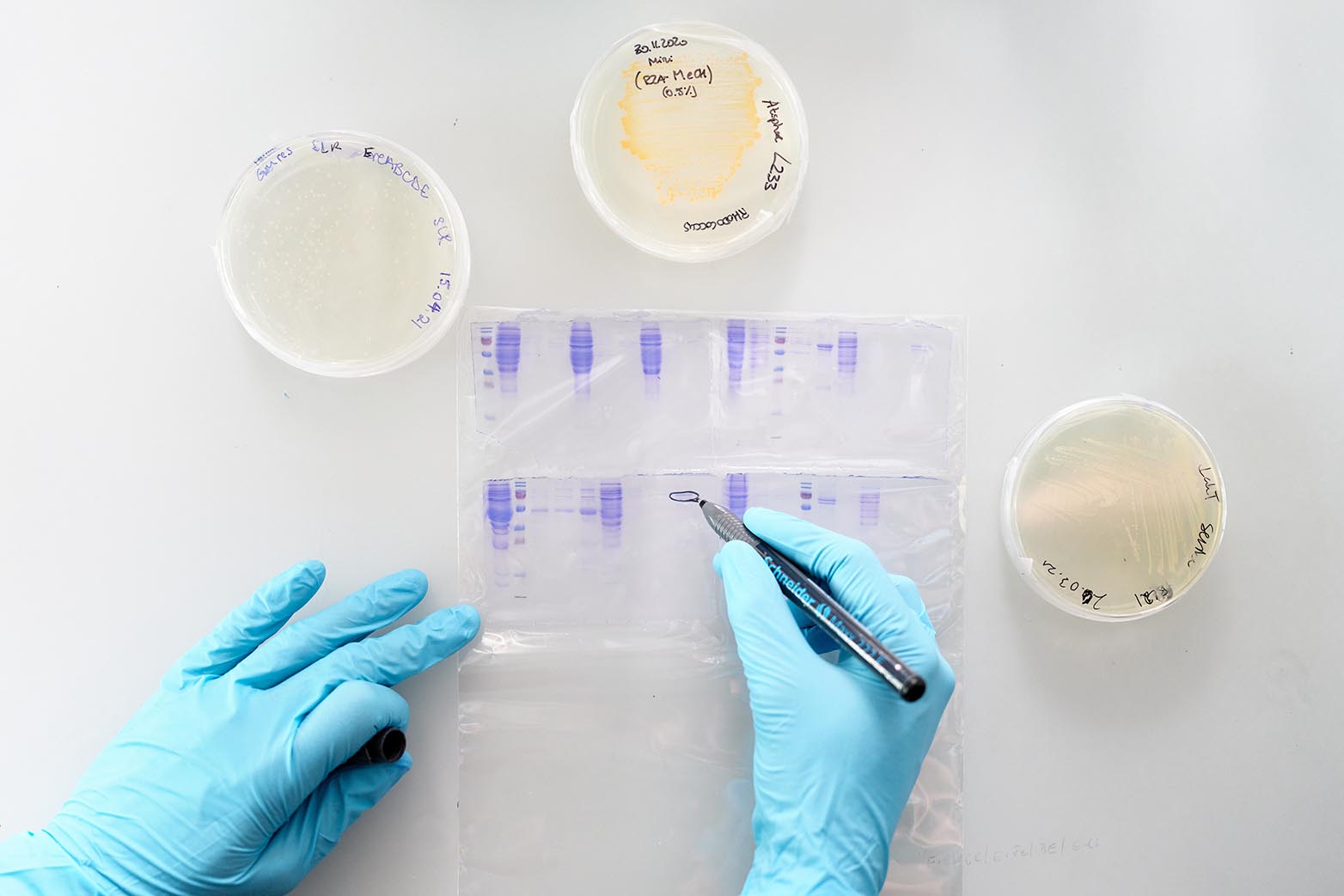 ETH Fellow Serina Robinson is devoted to microorganisms. She is particularly interested in the enzymes they use to produce and break down chemical substances. The young scientist is also especially fascinated by as yet uncultivated microbes.

Robinson is currently engaged in research at the Institute for Microbiology, where she works as a postdoc as part of her ETH Fellowship. Working at ETH Zurich has been both her dream and ultimate goal for a long time. “It’s really exciting to finally be here!” she says. During her one-​year postdoc position with Jörn Piel’s group, she is researching enzymes and small proteins, so-​called peptides, produced by specific microorganisms. These microorganisms do not grow in the laboratory and thus the peptides they produce are under-​researched, or simply unknown.

The next phase of Robinson’s career begins in September, when she is due to join the Swiss Federal Institute of Aquatic Science and Technology (Eawag) as a tenure-​track group leader. Here she will be able to set up her own research group in the Environmental Microbiology department. Robinson and her future colleagues will concentrate especially on aspects concerning wastewater and the breakdown of the substances it contains, such as pesticides, medicines or even artificial sweeteners.