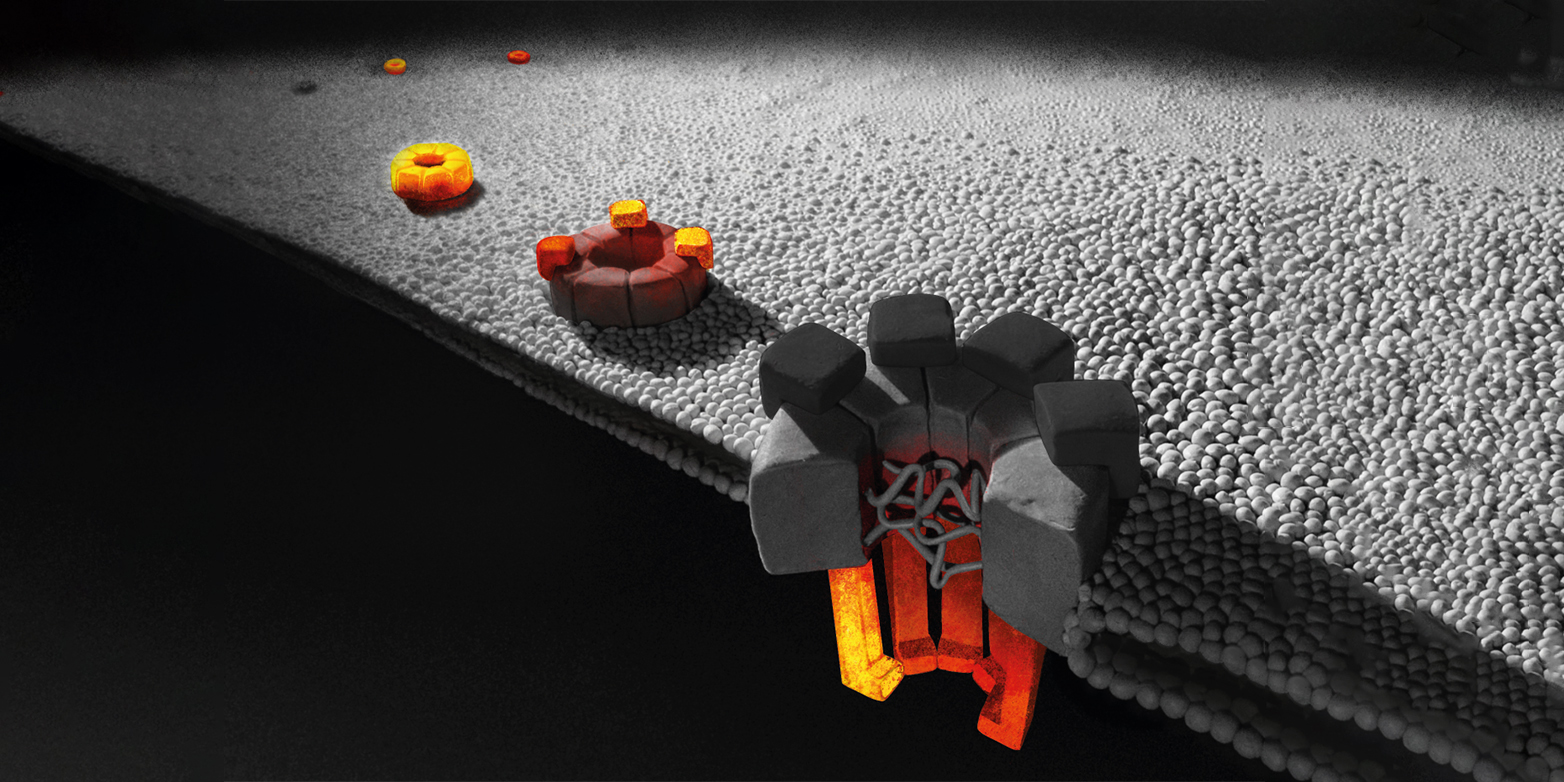 The nuclear pore complexes (orange structures), some of which are in the process of assembly, are among the largest protein complexes in a cell. (Visualisation: Olga V Posukh, Institute of Molecular and Cellular Biology, Novosibirsk)

A team of ETH researchers led by Karsten Weis has developed a method that allows them to study the assembly process for large protein complexes in detail for the first time. As their case study, the biologists chose one of the largest cellular complexes: the nuclear pore complex in yeast cells.

Cells produce a great number of different protein complexes, each of which is made up of many individual proteins. These protein complexes, like ribosomes for example, are what regulate almost all of a cell’s life-​sustaining biological functions.

Biologists have succeeded in determining the structure of many of these complexes, but there is less research so far on how the individual proteins assemble and then change over time. Conventional approaches have thus far proved insufficient for studying the exact course that these reactions in cells take, especially where large complexes are concerned.

A group of ETH researchers led by Karsten Weis and research associate Evgeny Onischenko at ETH Zurich’s Institute of Biochemistry are now presenting a new approach. Their method makes it possible to track the dynamics of protein complex assemblies, even for very large ones, with high temporal resolution. The study has just been published in the journal Cell.