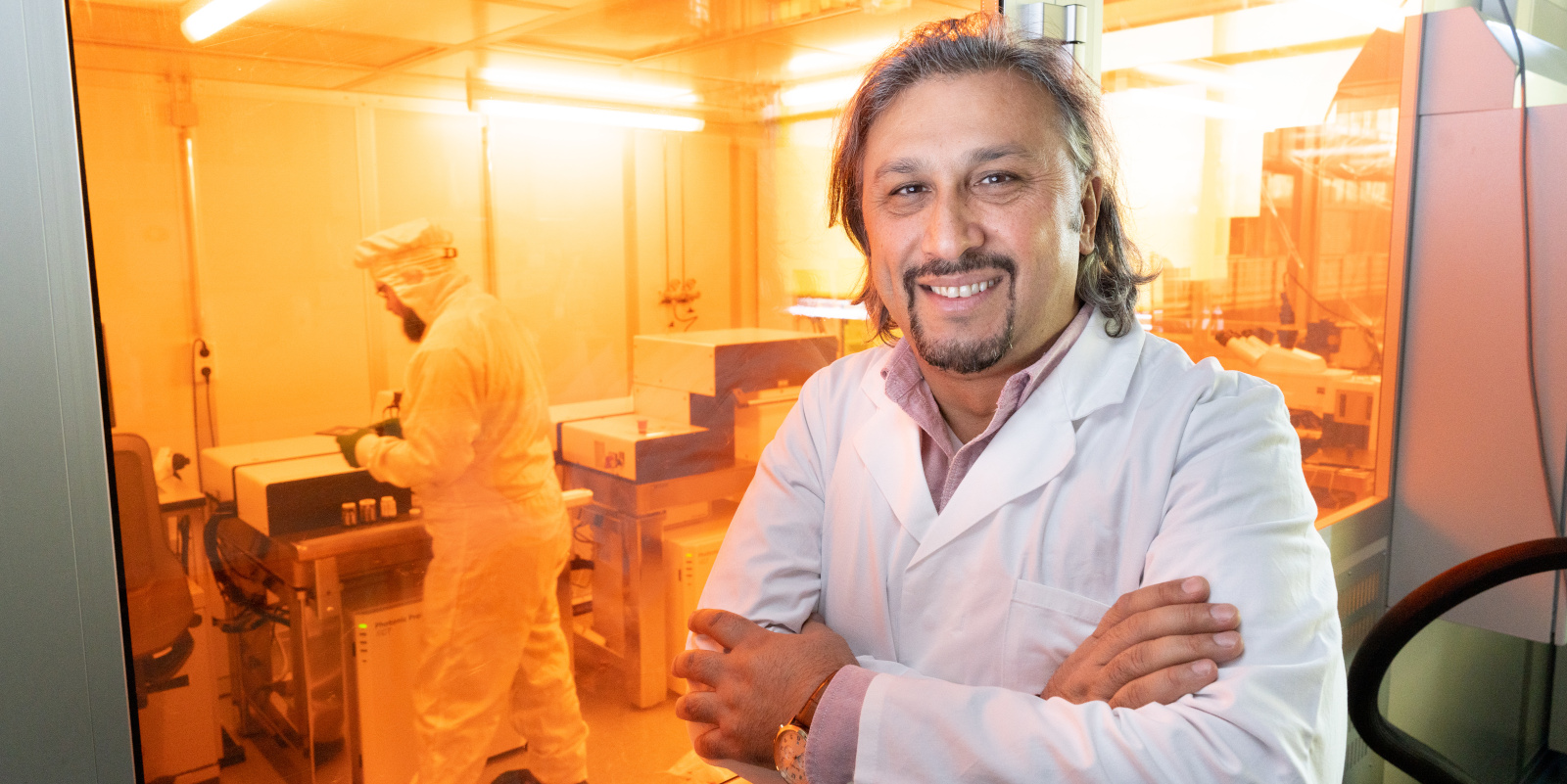 Metin Sitti is an affiliated professor at the Department of Information Technology and Electrical Engineering at ETH Zurich and researches in the field of bio-​inspired micro-​ and nanorobotics. (Photograph: MPI for Intelligent Systems / W. Scheible)

Research done by Professor Metin Sitti was voted the Breakthrough of the Year in the category “Engineering & Technology” at this year’s Falling Walls Conference in Berlin. The ETH Zurich-​affiliated researcher’s microrobots open up new possibilities for non-​invasive medical diagnosis and treatment.

The grand finale of the Falling Walls Conference on 9 November in Berlin had to be held online this year due to the Covid-​19 situation. The Breakthroughs of the Year were awarded in ten categories. To mark the 31st anniversary of the fall of the Berlin Wall, the organisers wanted to highlight the “walls” in science and society that would be the next to fall.

Sitti’s current research at ETH Zurich focuses on bio-​inspired micro-​ and nanorobotics, and in particular the coupling of microrobots with magnetic resonance imaging (MRI). This should one day make it possible to precisely map, monitor and control the wireless robots in the body. He recently presented a biocompatible microrobot just 3.7 millimetres long, 1.5 millimetres wide and 0.18 millimetres thick. It can move around the body in seven different ways, including rolling, swimming and jumping. Microorganisms served as a model. The robot is equipped with tiny magnets that can be excited externally in different ways via an electromagnetic field. The intelligence of such a microrobot is based primarily on its physical structure, the material used and the ability to self-​organise, rather than on powerful computers as is the case with larger robots. “It is the first time that a robot of this size combines so many movement capabilities,” says Sitti. “This would allow it to move in practically any part of our body.”

His team has also recently developed a soft capsule just a few micrometres in diameter with which liquid active ingredients can be applied with the highest precision to the target site in the organism by means of an external impulse. This may enable non-​invasive biopsies. However, due to exacting safety requirements, a great deal of research and development is still needed before the robots can be used for increasingly personalised medicine. One of the greatest challenges is the measured and precise control of robots in turbulent body fluids and pulsating organs. Sitti estimates that it will take ten years before the first clinical applications in humans are possible. However, he is already convinced of the advantages of medicine supplemented by micro-​ and nanorobotics: “We are on the way to a medicine that can detect disease earlier and treat it with far fewer side effects.”