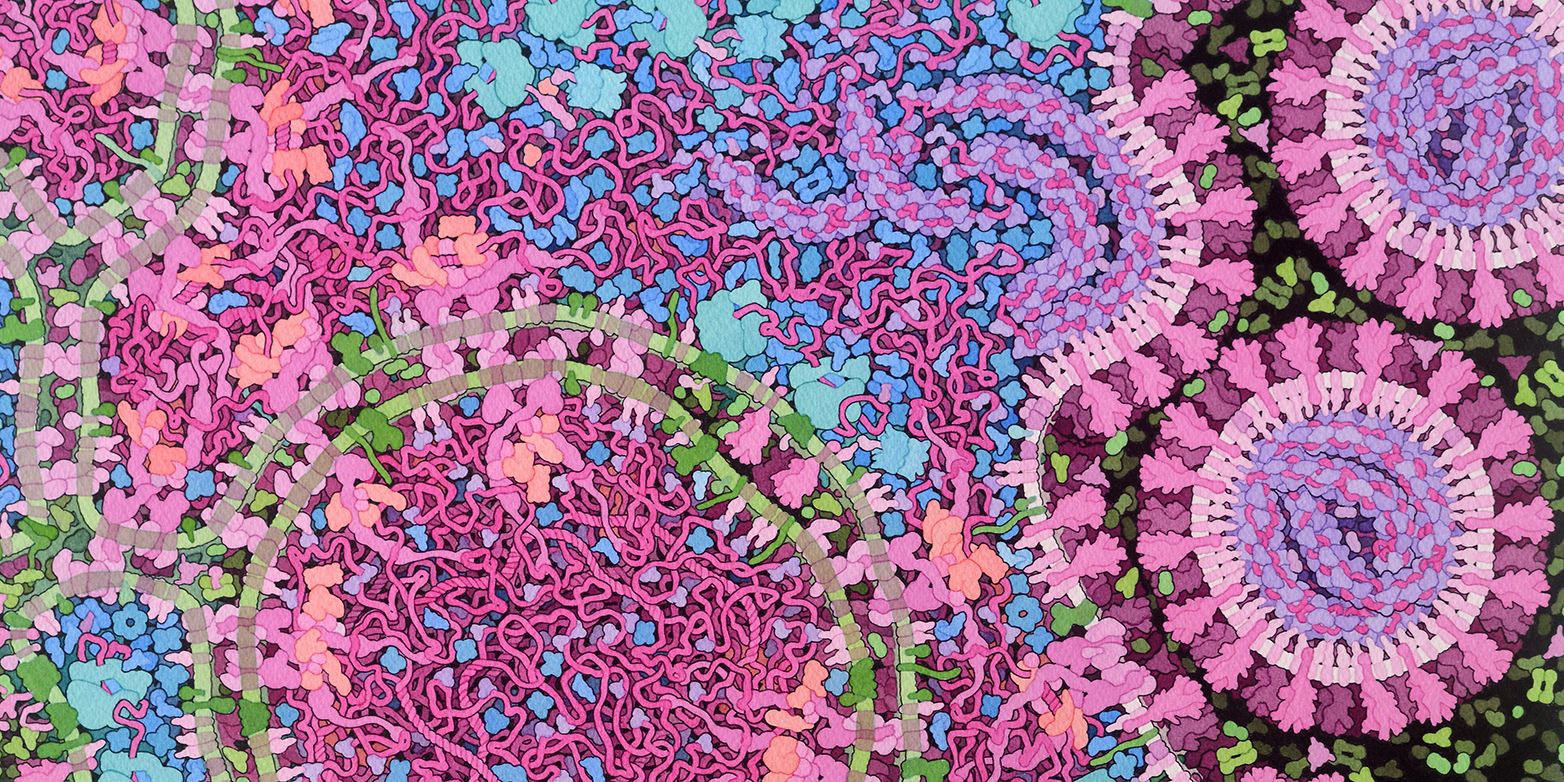 Researchers at ETH Zurich and the University of Bern have discovered a mechanism by which the corona virus manipulates human cells to ensure its own replication. This knowledge will help to develop drugs and vaccines against the corona virus.

Like a pirate hijacking a ship, a virus takes control of an infected cell because every virus depends on the resources and molecular machines of the cell to multiply. This also applies to SARS-​CoV-2, the causative agent of the COVID-​19 pandemic. Researchers at ETH Zurich and the University of Bern have now discovered a mechanism that the corona virus uses to favor the production of its proteins over the cell’s own ones. This mechanism leads to the cells greatly reducing the production of their own proteins, and instead producing almost only viral proteins. This not only boosts the production of new viruses, but also inhibits the immune response against the corona infection.

Only a few months have passed from the start of the research project to publication. "The complementary expertise of the researchers involved allowed for very fast and efficient progress in this project," says Oliver Mühlemann. All three participating research groups are part of the National Center of Competence in Research (NCCR) RNA & Disease, which is funded by the Swiss National Science Foundation as well as the University of Bern and ETH Zurich. The three research groups will continue to closely collaborate to gain further insights into how SARS-​CoV-2 manipulates the cell in its favor.