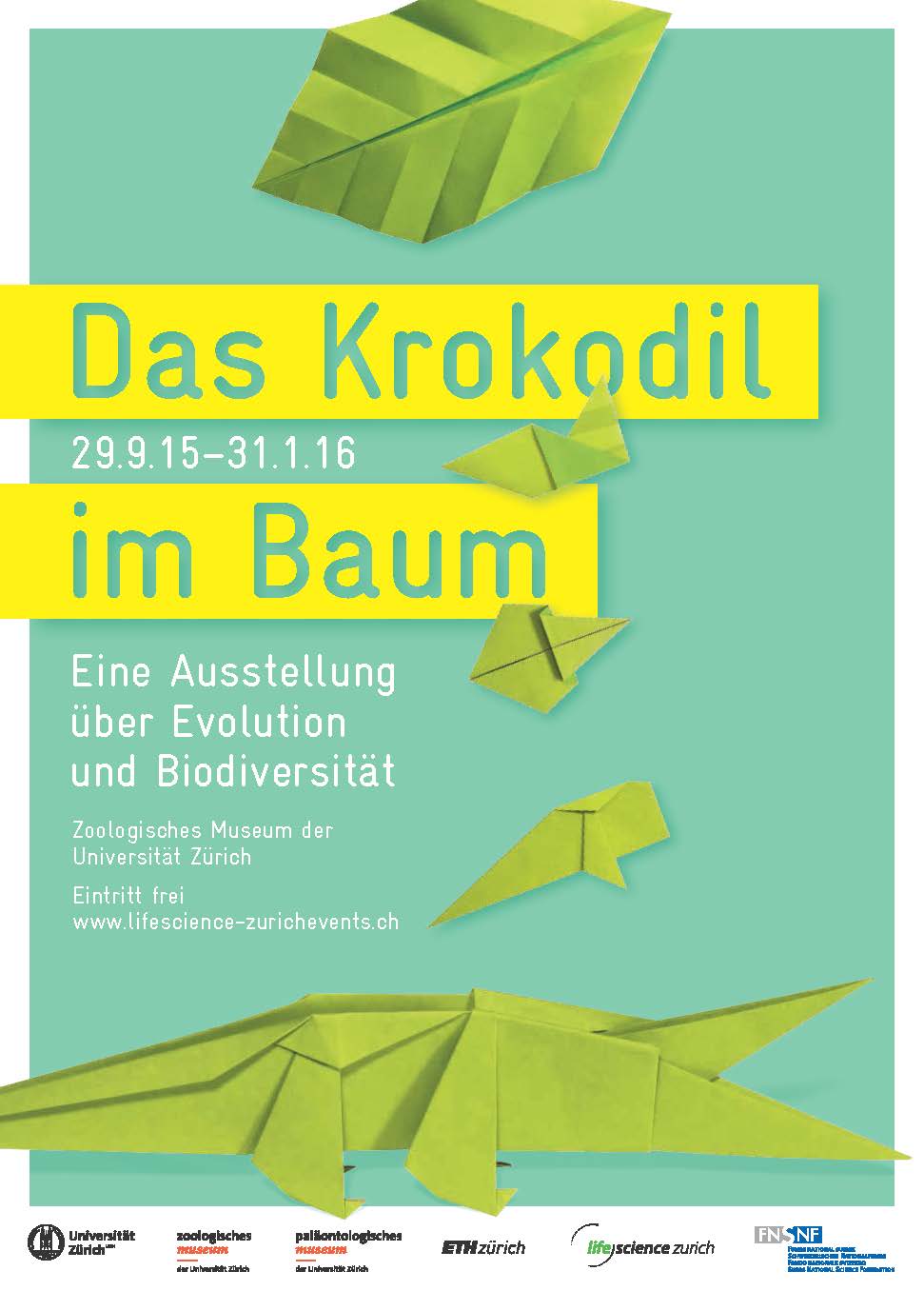 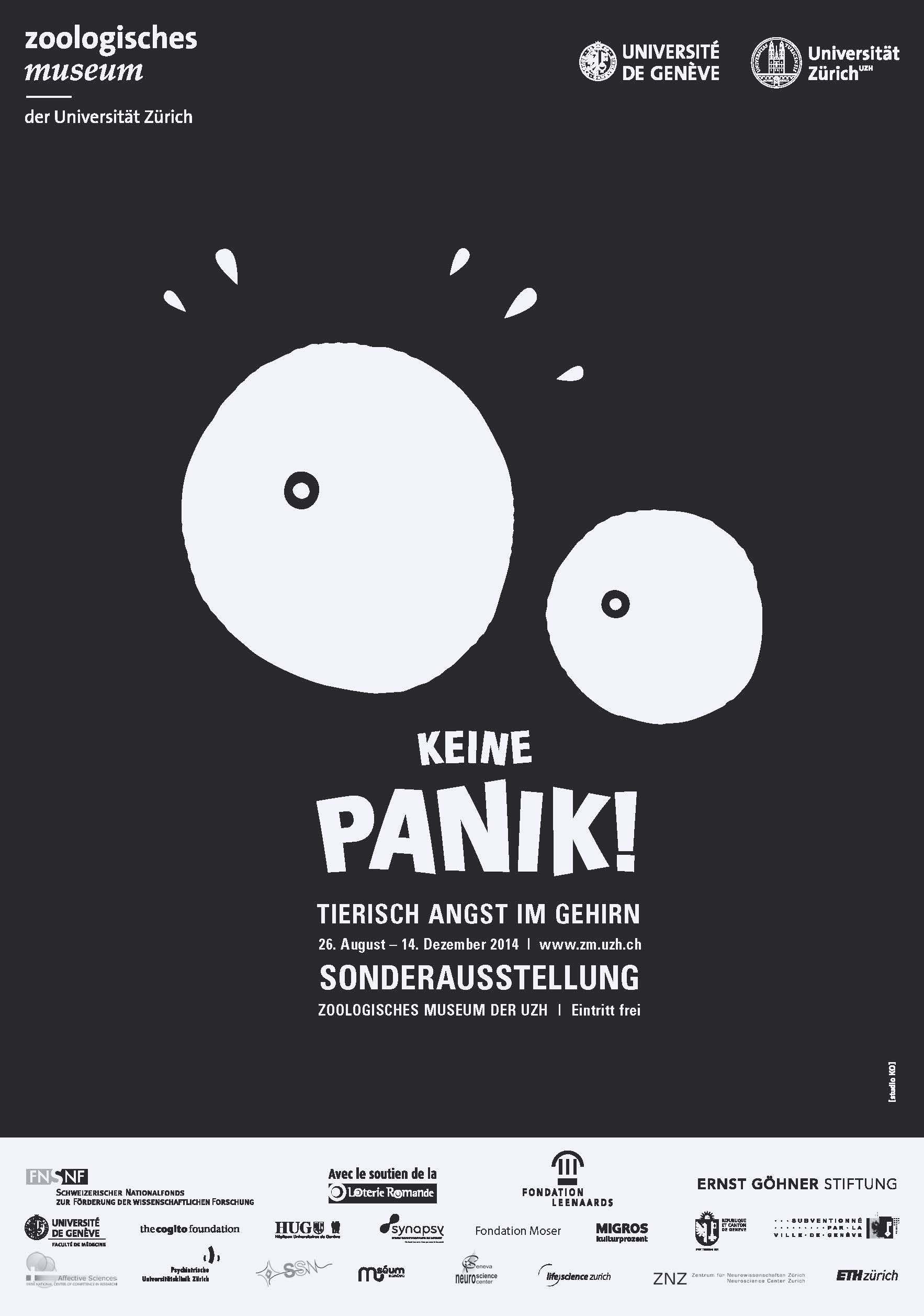 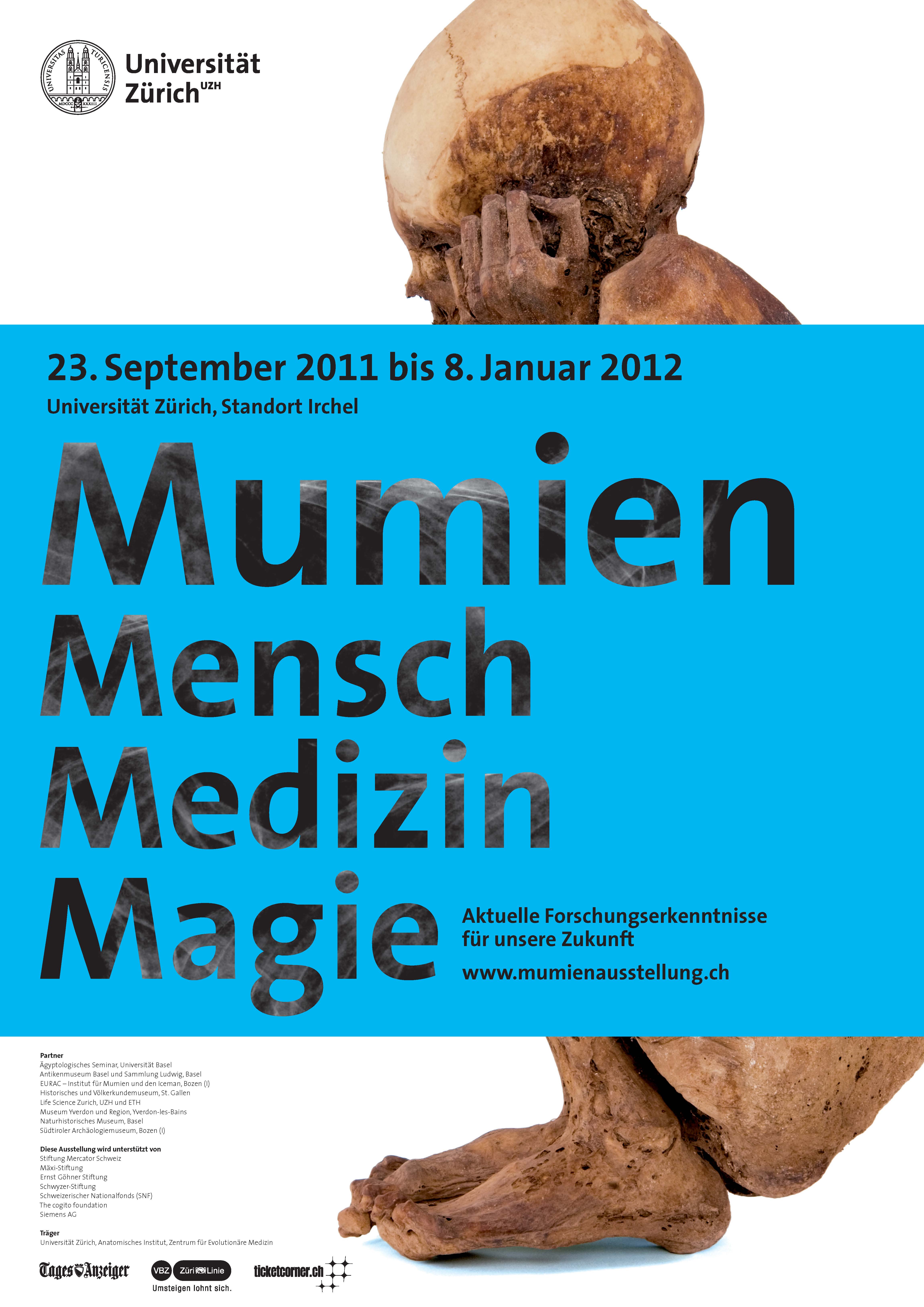 On a regular basis Life Science Zurich Communication & Events organises special events for the interested public. Over the years these were the main activities:

Crocodile in a tree
In the special exhibition "Crocodile in a tree" crocodiles and their ancestors were used as an example to explain evolutionary phenomena. Latest findings related to crocodile evolution, resulting from research executed at the University of Zurich, were presented in a creative way. The exhibition was on show at the Zoological Museum of the University of Zurich in the autumn of 2015. More

Stem cells - origin of life
The travelling exhibition "Stem cells - origin of life" explained the nature of stem cells, how they heal wounds and constantly renew humans, but also animals and plants, and how they are used in hospitals today. The exhibition was a project of the National Research Programme "Stem Cells and Regenerative Medicine" (NRP 63). During the exhibition at the Zoological Musuem from March to June 2015, Life Science Zurich Communication & Events was responsible for the guided tours. More

Don't panic! Fear from head to toe
The interactive exhibition «Don't Panic!» that was organised together with the University of Geneva visualised where in the brain fear is generated, how the body reacts to fear and why we sometimes lose control over this important emotion. 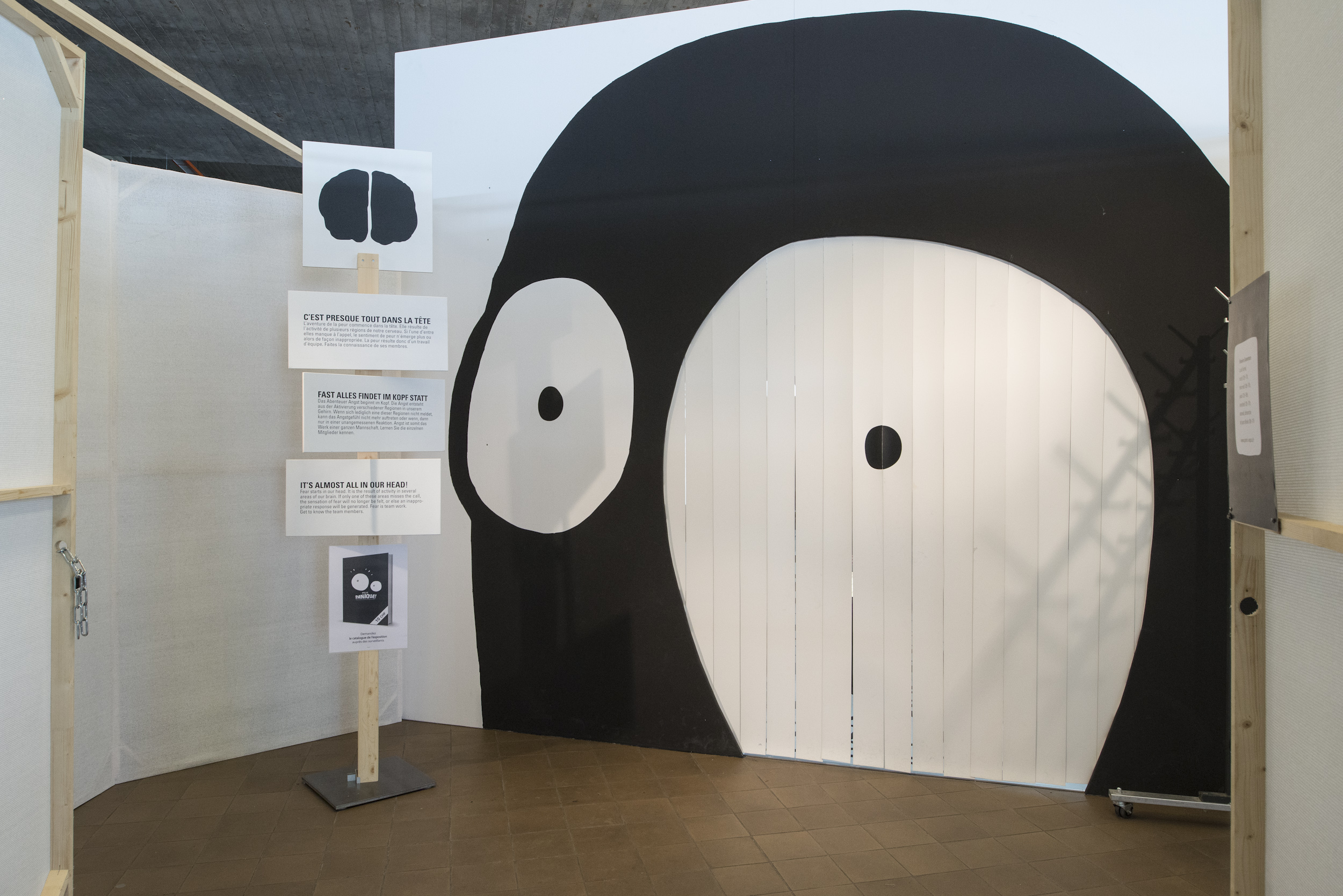 © Olivier Zimmermann, entrance to the exhibition

Tree of Life
Darwin's Tree of Life that was reconstructed in the hall of Zurich's main station in September 2009 allowed researchers at the ETH and the University of Zurich to illustrate their research on evolution and discuss the theme with the broad public. More 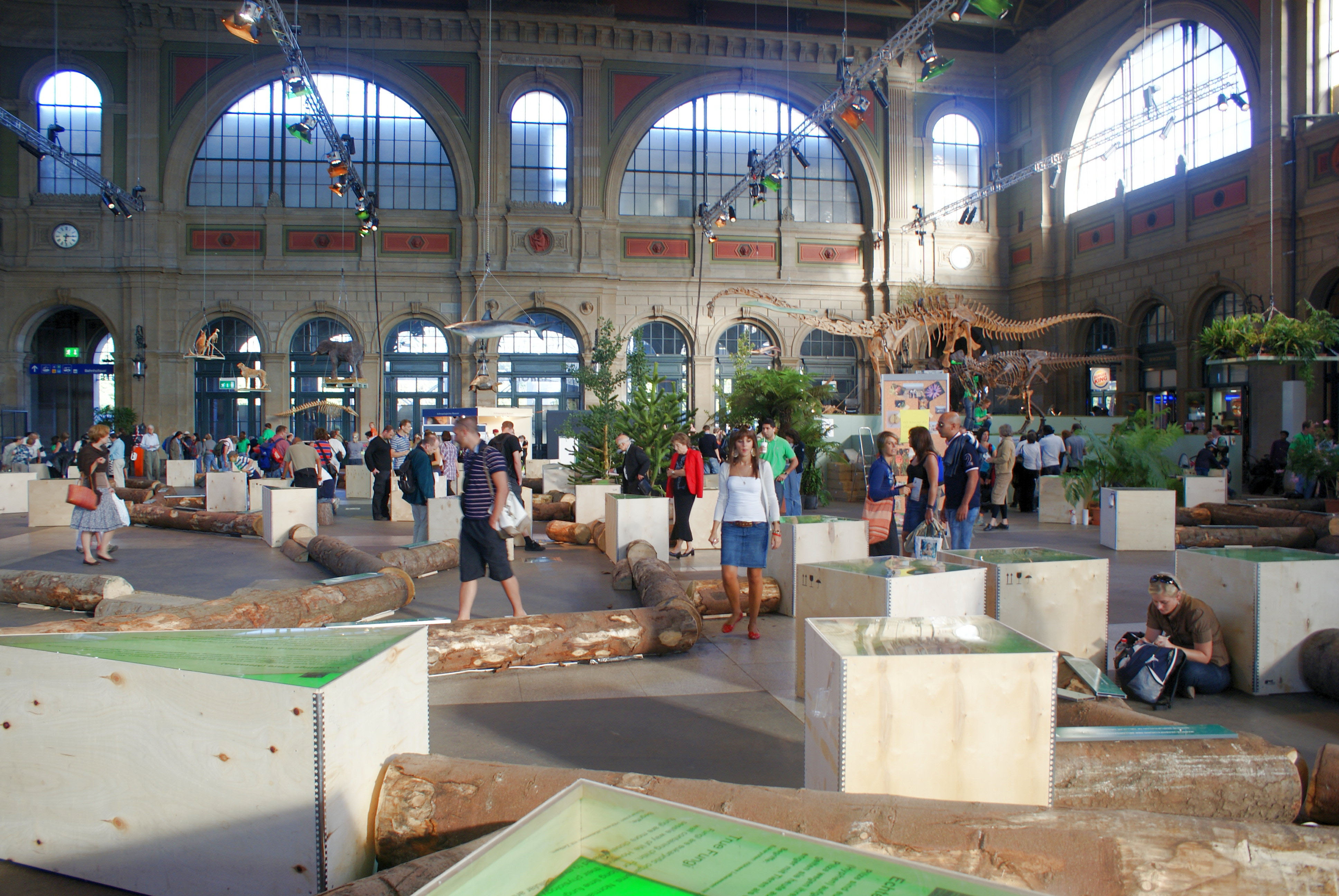 Life Science Art
As part of the celebrations of the 175th anniversary of the University of Zurich, the hall of Zurich's main station was transformed into an art gallery in April 2008. The exhibition "Life Science Art" demonstrated the natural beauty and  fascination of life science research but also provided information to the depicted research project. More

Man mirrored in his genes
In the last decades, science has discovered how similar humans, animals, plants and microorganisms are. They often possess the same genes. The exhibition "Man mirrored in his genes" that took place in 2004 revealed how the astounding discoveries of modern biology have changed our view of human beings. More